Ways to Save Money on Prescription Medications


Ways to Save Money on Prescription Medications 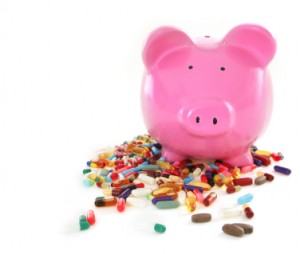 Ask your Doctor for Generics
It is a good idea to ask questions when your doctor prescribes a medication. The doctor usually won’t know whether or not your health insurance covers what they are prescribing. Ask your doctor if it would be ok if you took the generic version of the medication instead of the name brand.

One vivid example of why this is important was in the news a while ago. The EpiPen (made by Mylan) is expensive. This pen is used by people who have severe allergic reactions to things that can cause them to go into anaphylaxis. The double-pack of Mylan EpiPens can cost as much as $400.00

CVS has created their own version of Mylan’s EpiPen. The CVS version costs around $5.00. It is made from the same ingredients as the EpiPen. Ask your doctor if he or she can prescribe the generic version instead of the name brand.

Ask the Pharmacist for Generics
CVS is rolling out a new tool that alerts CVS pharmacists to cheaper drug options when they fill patient’s prescriptions. It is called the Savings Finder. This program flags a less expensive therapeutic equivalent, prompting the pharmacist to tell the patient and seek permission from the doctor to make the switch.

Savings Finder is also available to CVS consumers through an app.

No matter where you pick up your medications, it is a good idea to ask the pharmacist if a less expensive version is available. The generic versions are often much less expensive than the name brand.

Compare Prices
Call your preferred pharmacy and ask what your medication would cost. Next, call several other pharmacies, and ask the same question. Sometimes, the price of a medication can change depending on which company’s pharmacy you ask – and whether or not the pharmacist is aware of a generic version.

Ask the pharmacist if you can get a discount for having the store’s loyalty card. Ask for coupons. Find out if a prescription will cost less if you have the store’s credit card or membership card.