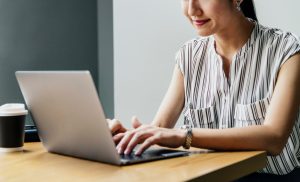 There are many reasons to be wary of coupons that you find online. This is especially true for the coupons that seem too good to be true. You could end up with an unusable, fake, coupon. In addition, clicking on questionable coupons could cause harm to your computer!

ABC 13 On Your Side reported about a Little Caesar’s coupon that was obviously too good to be true. It offered people 3 free large pizzas. The coupon claimed that the offer was to celebrate Little Caesar’s anniversary.

It was a fake coupon. According to ABC 13 On Your Side, clicking on the fake coupon would direct you to click on a list of links. Those links would give the website (which was not the Little Caesar’s website) permission to share your information with “site sponsors”. Those who clicked those links would end up with unwanted phone calls, text messages, and emails.

Whoever created that coupon was engaging in coupon fraud. That person may, or may not, have placed malware on the website where people tried to get the fake coupon from. Be careful what you click. Some websites can put malware on your computer.

Don’t click on coupon links that you see on social media. It might look as though the coupon is from the real company, but that’s not always true. Scammers put in effort to trick people into thinking they are legitimate. You never know where those links will take you!

If you see a coupon going around that looks too good to be true, assume it is fake. Don’t click on the coupon. Instead, visit the real website of the company the coupon appears to have come from. Sometimes, the company will have a message that warns people about the fake coupon.

Visit the Coupon Information Corporation website. It has a frequently updated list of coupons that are fraudulent. This makes it easy for you to throw out the fake paper coupons you got stuck with. It can also help you avoid fake coupons online.