Use Your Applebee's and IHOP Coupons Now!

Use Your Applebee’s and IHOP Coupons Now! 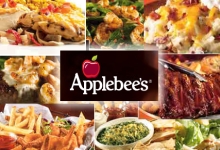 Two well-known restaurants are about to close in several locations. This means your local Applebee’s, or IHOP, may not be there for much longer. Both restaurants are owned by parent company DineEquity Inc., who may open more of those restaurants outside of the United States.

Now would be a good time to use whatever Applebee’s or IHOP coupons that you have. Check the website of the restaurant before you go. It’s a good way to find out what special offers they are currently running. Find out if the Applebee’s you want to visit is holding a “Happy Hour” that night, and if so, what time it will be held. All of these offers could save you some money on your order.

The Chicago Tribune, in a second article about the closures, notes that Applebee’s is changing it’s menu. It is removing a turkey sandwich with siracha chile lime sauce and a pork-ham-bacon sandwich from the menu. Applebee’s will replace them with “old favorites” – but hasn’t given any further details about that.

IHOP could be beefing up its online ordering capabilities. This could mean it will enable customers to place an order online first, and then drive out to the IHOP to pick it up. It probably doesn’t mean delivery from IHOP, but it’s hard to be certain about that. It is also possible that IHOP will open smaller restaurants than typical, in rural locations and also in pricey urban markets.