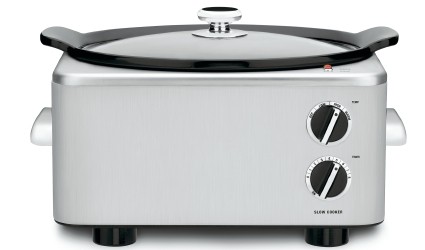 The weather in fall is typically cooler than what it was like in the hot summer months. This inspires many people to get out their crockpot and start trying new recipes. Here are some tips that should answer your questions about crockpot cooking!

Is it safe?
There are some who wonder if eating food that has been cooked in a crockpot is safe. After all, the food does, essentially, sit on your countertop (and not in the refrigerator) for 8 hours or so. Is the food going to be safe to eat when it is done cooking in a crockpot?

According to the United States Department of Agriculture, (USDA) food that is cooked in a crockpot, or a slow cooker, is safe to eat. These appliances cook food at a low temperature that is generally between 170 degrees and 280 degrees Fahrenheit.

FoodSafety.gov points out that the “danger zone” with food is when it is between 40 degrees and 140 degrees Fahrenheit. Crockpots heat food higher than that range. Make sure you start with a clean crockpot, clean utensils, and a clean work area. Wash your hands before and during food preparation.

Can you put frozen food in a crockpot?
The official Crockpot website says that you can do that, but need to realize that doing so will require a longer cook time than the recipe indicates. If you don’t want to add extra cook time then you need to thaw the food before putting it into the crockpot.

The Crockpot website recommends that you add at least 1 cup of warm liquid to the crockpot before placing frozen meat into it. Don’t preheat the crockpot. Cook your recipe (with the frozen meat) for an additional 4 to 6 hours on low or an extra 2 hours on high.

What about leftovers?
The leftovers from a crockpot meal will be safe to eat if you store them properly. Home Food Safety suggests you store leftovers in shallow containers and refrigerate them within two hours of removing them from the crockpot. If the food has been sitting out longer than that, you are taking a risk. It may have become unsafe to eat.

Posted in: How to Coupon | Comments (1) | Join Discussion

One Response to Tips for Crockpot Cooking Safety